On 12 February 2016 @ Venues across the UK. Judges include Mr Isaac Maka of 4 King’s Bench Walk (Chambers of Timothy Raggatt QC), and Fatos Selita, Director of AIR Courses, including Laws of International Business and Advocacy Courses and Goldsmiths, University of London.

From October 2015 @ Venues across the UK. The participating teams are in the flyer below. 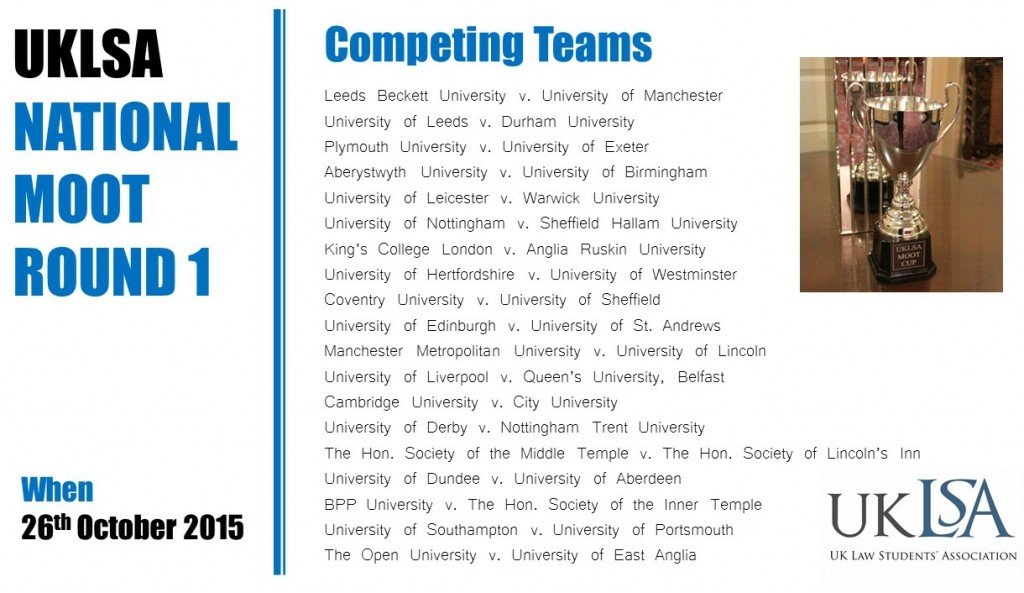