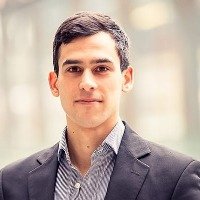 Iman read Law at Queen Mary, University of London. Since he graduated, Iman has set up a number of successful enterprises and remains passionate about contributing to society, justice and legal education.

He is the Founder of freelance digital services agency Crowdskills and a key contributor to the establishment of the UKLSA, where he was Vice President between 2009 and 2010.

Crowdskills is an award winning freelance marketplace that matches businesses with talented university students across London.

Iman ran his own web agency for 5 years in London, working for a range of clients including national organisations, government agencies and multinationals.